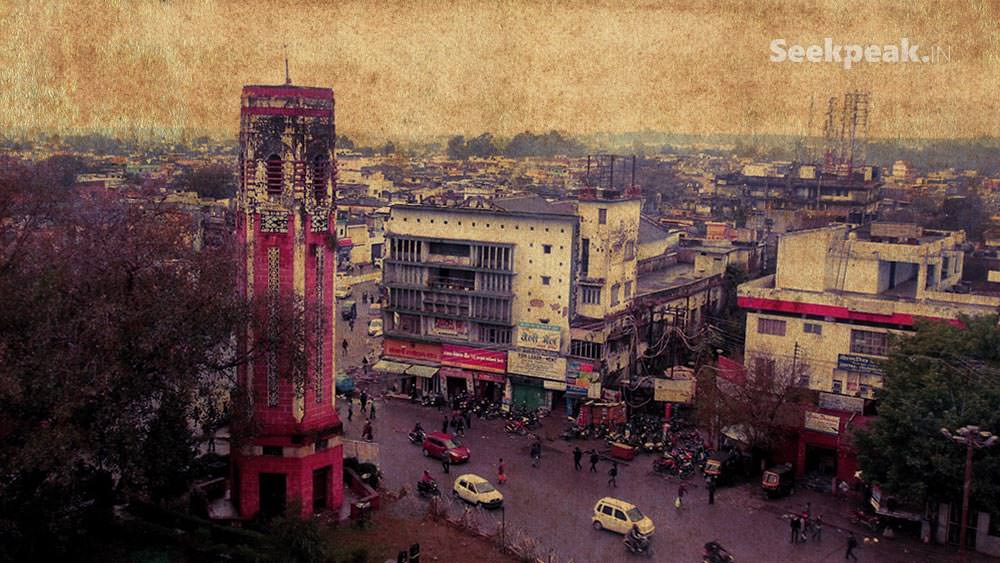 Although The Clock Tower is a very significant part of Doon’s history, very less people in the town know about its origin and the glorious tales of past that it has been carrying along with it since all these decades. So today we have for you a handful of Facts About The Clock Tower Dehradun that will surely enlighten you about the specific reasons as to why is the Clock Tower, not just a building but a piece of the cities glory.

1. The Clock Tower’s hexagonal design makes it a heritage sight in the city of Dehradun.

3. The Clock Tower was earlier known as Balbir Town.

4. The British considered the Clock Tower to be a renowned landmark of the city  of Dehradun.

5. The clock in the Clock Tower does not tick anymore, but in the times bygone when it was built, it is said that its peak was built in such a manner that the person standing on the other end of the city could hear as well.

6. The Clock Tower has a gold plate on the top which has the names of the freedom fighters who fought for the independence of the country under the British Raj.

7.  The Clock Tower’s foundation stone was laid on 2nd July, 1948 by the then Governor of Uttar Pradesh, Dr. Sarojini Naidu.

8. The inauguration of Dehradun Clock Tower was done by Lal Bhadur Shastri in 1953.

9. The Clock Tower is 85m tall and its six figure architecture is totally exclusive.

10. The Clock Tower is located at the Rajpur Road in Dehradun and has a number of market around it which are frequently travelled by folks from around the city.