10 Things You Can Do to Make Dehradun Better

“Once there was an old man who used take a walk on the beach every day, one day while he went to the beach he saw that a tide carried hundreds of starfish with it and all of them were lying on the shore, unable to get back in the sea. Off at a distance he saw a boy throwing the starfish in the sea, he kept watching, the boy kept throwing the fish in the sea. The man walked towards the boy and asked him what is it that he was doing? the boy replied that he was throwing the starfish in the sea as after the sunset they won’t be able to survive and the starfish can’t get into the sea all by itself, unless there is a wave that will carry them along. Having said that the boy started throwing the starfish again, one, two, three, four then another and then another and another and he kept going on. The old man interrupted again saying that there were many of these starfish and what difference will it make if he could only manage to throw only a handful of them. The boy din’t reply, he bent down picked up another fish and threw it in the sea, he then stood straight and told the old man, that it made a difference to that one”

Why this story if you ask, then the moral is crystal clear that even a single individual can make a difference, be it saving a life or the environment you live in, every effort counts. Enjoying the gifts of nature is absolutely effortless, but giving it back is what takes a toll, but isn’t it worth doing? Looking at the exhausting and tarnished Dehradun is heart-rending, thus there are some ways through which we can preserve our beautiful ‘Doon Valley’ from become ‘the Doomed Valley.’

Most of us have grown up listening and looking up to the above maxim, reading and listening to it we tend to assume it to be a message by the Gov for the Gov. But that isn’t the case. Being accountable for your surroundings is your duty, not to litter around and not to create shit around is your duty. Disposing wrappers, cigarette butts, empty bottles and cans anywhere, according to your will makes the city ugly. Although this isn’t the case when we’re travelling abroad, its us only who are on our best behaviour, so will high amounts of penalty or jail would be appropriate to set us straight? The city which barely had any yellow lights is now jammed and choked with the vociferousness of honking horns. Number of vehicles have increased whereas the overall size of the roads is still the same in many areas in the town. If we could manage to take an initiative to use public transport when doable, it can make a difference as every individual can bring a change just like the little boy in the story.

3. Awareness Programs on the History of Dehradun and Importance of its Resources

Even the indigenous people of the town are oblivious to the heritage and the whereabouts of Dehradun. The canals in Dehradun, the tea estates, the agricultural practises in the town and the gen-y is still a virgin to the tales of the glorious heritage of the valley . The information of these facts is important as is the preservation of the past that is left, because the natural environment of the town is degrading due to inadequate urbanization and an irresponsible approach towards the environment is the prior reason of this imbalanced ecosystem. 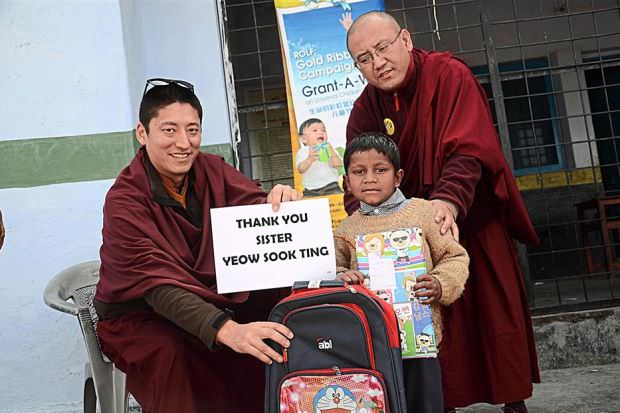 Being born with the privilege of good health, clothing, food and in a soulful city is a blessing in disguise. Making the city better is not only by preserving its environment but also safeguarding its future. We can take an initiative to participate in activities that lead to the betterment of underprivileged societies in Doon, You can take a day our from your week and volunteer in social development programs that are organised by the government for the education and enhancement of the community you reside in. Some foundations and schools welcome dynamic volunteers like you do check it out http://latikaroy.org/karuna-vihar-special-school-kvss/ .

5. Awareness about the Importance of The Himalayas and how they balance our Ecosystem 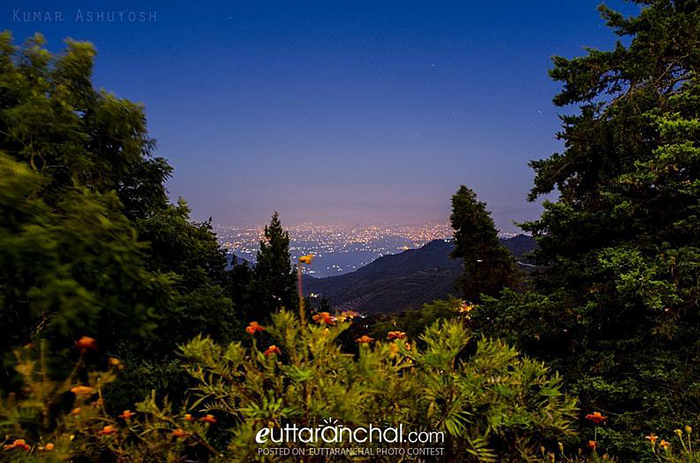 Uttarakhand is fortunately blessed as it has the bliss of the Himalayas and being the capital of this Himalayan state, Dehradun holds a high stature when it comes to preserving the Himalayas. How can you preserve the majestic giant you ask? Well! take steps to plant more trees, create less smoke and don’t just fritter away water as exploitation of resources take a toll on the mountains, which are the source of sustainable life in the state. The melting of glaciers due to oppressive heat and climate changes is leading to enhanced energy levels which in turn leads to atmospheric processes  that may bring rapid and catastrophic changes and the climatological disasters like cloudburst, landslides, floods etc., may visits the region more frequently and intensely. 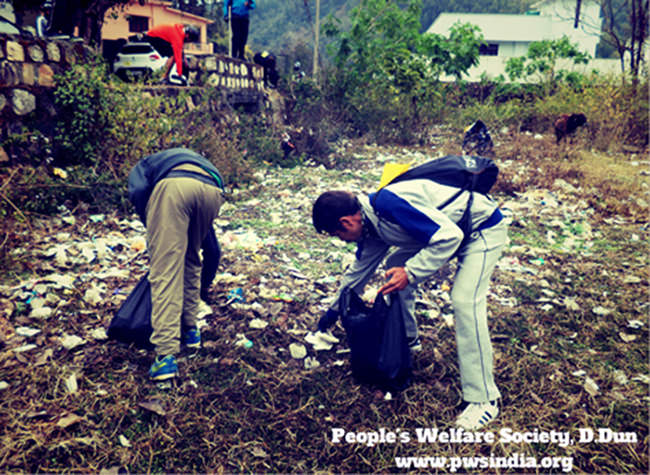 Dehradun holds the 316th position out of 434 cities in India on cleanliness index. Shameful! isn’t it? Its not just merely the hill state but the capital city of the Devo-Ki-Bhuumi and yet Doon is half-assed in terms of cleanliness. The heaps of garbage on hilltops and the river bodies is an illustration of messy Doon. Awareness regarding repercussions of excess waste and the knowledge of its management is very important. Waste Segregation programs which include the teachings of segregating organic and inorganic waste is important as it can be used as manure, thus enhancing  the fertility of land in town along with less production of waste.

7. Donate if You Can 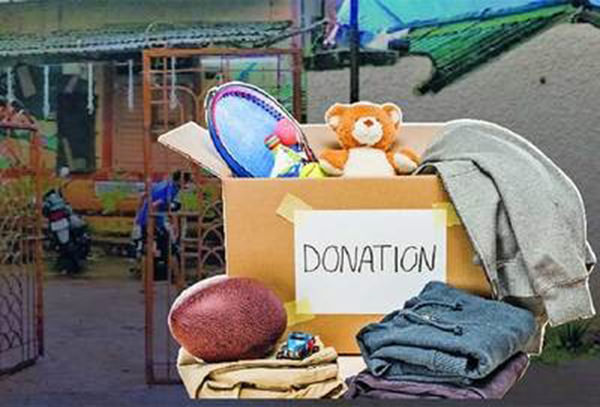 It takes a divine heart to perform charity. Look up for NGO’s who are genuinely impacting and taking care of the world around you. Just Google it up, the changes that have resulted in a better society, donate where required. If capable and willing, provide food to the ones struck by deadly hunger, donate at shelter homes for both humans and animals, help as many lives as you can in any way be it food, clothing, shelter, education or teaching hygiene.

8. Involve School Goers in Social Activities by the Consent of their Parents 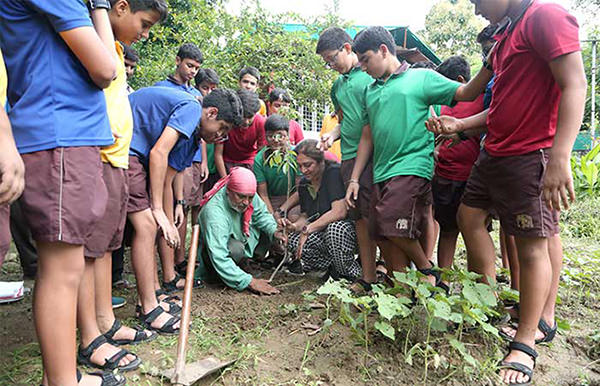 It is the students of today who will make a better tomorrow if guided correctly. Programs initiating the participation of school goers in social welfare programs like neatness drives, tree plantation, food distribution, volunteering for social causes, participating in environment conservation programs etc.. can help modify the town in the best way possible. Parents can solely be the driving force of this change as its them, who can lead their child by being an example. The roads are getting all squashed up with never ending traffic and amateur drivers resulting in traffic jams and unwanted road accidents. If you think that you lack the basic driving ethics then do yourself a favour and don’t drive. Pass it on to the ones you think are incapable of having a good driving skill. Doon is also following the trend in the metro and is getting quiet tipsy and that has turned the roads in town into a Formula 1 race ground, but this cockpit has no protection. 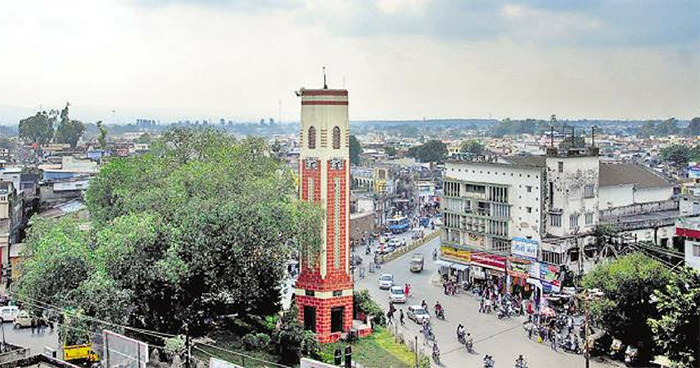 If you’re a student or a new resident in Doon then make sure that you don’t exploit the area and the resources that the town is offering you. Living in a place which is cleaner and greener will keep the overall health of your mind and body at peace.

A nation becomes a benchmark for others by witty citizens because it’s us who drive the national constitution. Keeping the city clean and being a responsible citizen doesn’t take much, all it needs is common sense and the will to bring a change. So let’s get up and be sagacious, else we’ll be doomed, especially the tourism in the town, as it balances the economy of the state and its capital.